Ludoteka uses the level system to show the skill that each player has proved compared to the overall players.

The level is shown with a number on a green shield:

To calculate the level, the system uses a scoring system: the player has a score for each game variant, and this is updated according to the result of each rated game. These games are identified with the image

The level and the score are individual: the scores of the players in the same team are updated separately.

Those who have never played in a variant start from level

If you have previously played in Ludoteka ClasiKa, your level will be according to the score you had in December 2021.
Both scoring systems (Ludoteka ClasiKa and the new Ludoteka) are independent. Once the calculation is made when playing for the first time, they are treated as if they were different variants of the same game. Therefore, the points you win or lose in each version will not be reflected in the other version.

All players can see the other players levels. It is used to get a rough idea of the experience or expertise of the people you play with.
Each player can see their own score in:

The evolution of the score is a private information of the players, unless in these two cases:

The pages dedicated to the variants of the games offer several statistical information related to the scoring system: summary of the own recent history, Top 100, and number of players in each level. 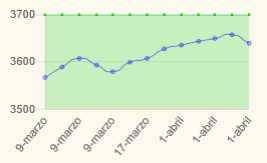 Evolution in the game 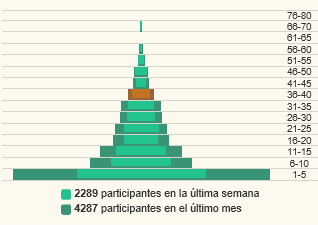 Distribution of players by levels

Ludoteka prevents players whose levels are too distant from competing with each other.

When playing rated games by teams, the system may ignore the preferences of players to form a team, and the teams could change when the same players play successive games.

When you start a game you are committed to end it. For this reason, if you disconnect or disregard the game:

Sometimes the system can automatically detect clues showing that some game results would no longer be relevant or could distort the scoring system. In these cases, the variation in the resulting score after the game will be very low, or even null. Here are the more frequent reasons for this to happen:

If Ludoteka detects that someone has carried out any type of action aimed at falsely raising their score, it will be reduced and, in this case yes, their level will drop.

But also playing unrated games has some other advantages:

Tips related to the scoring system

Trying to level up is usually one of the biggest motivations for players. But you must understand that in Ludoteka the level is mainly an indication to know of each player's skill. Therefore, you cannot expect that your level will continue to rise again and again; it will work more like a thermometer: when you start playing a specific variant, you will surely raise your level frequently, but in the long term it will remain quite fixed, and level up will be an occasional event after a streak of results.

Regarding the score, we allow ourselves to give you some advice: