Barricade is a racing game whose origin seems to date back to the late eighteenth century.

The aim of the game is to reach the last position on the board before your rivals with one of the balls.

Board, dice and balls

It is played on a board like this one: 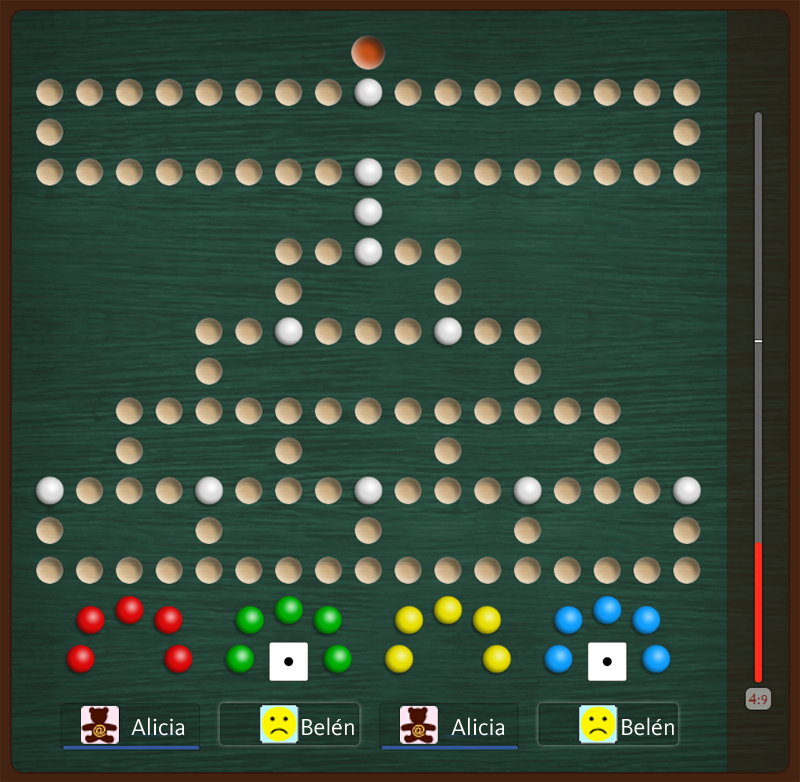 Two or four player may take part in the game. Red and yellow colors always play against green and blue. If there are 4 players, each one uses one color ant they form two pairs. In the individual variant each player uses two colors.

In addition to the 20 colored pieces, there are 11 white pieces called barricades and that do not belong to any player, which start the game located as shown in the image.

Progress of the game

Moving the balls in Ludoteka

The process of moving the balls easy very simple:

End of the game

The winner is the player or pair that reaches the top position of the board with any of their balls.